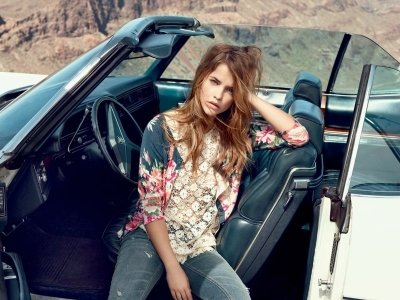 The best of the ways to stop whining is to prevent it from occurring in the first place. Be on the lookout for whining triggers. You know what they are; your child is sleepy, hungry, sick or dealing with other factors that are contributing to them not being at their best. Making sure that they eat regularly, get a good night’s sleep along with adequate nap time and other measures can go a long way to stop whining. If you can prevent it, you don’t have to figure out how to deal with it. Preventing it is a great way to stop whining in its tracks.

If, despite your best efforts, you are still dealing with a child that whines, try to remain calm. If you get upset, it will only escalate the situation. Don’t allow your child’s whining to make you whine, too. Stay calm no matter how whiny they get. This will help you to deal with it better and your child will see they aren’t affecting you with their attitude, which is what they are trying to do.

You cannot give in to your child’s demands when they are whining unless you wish them to whine more in the future. When you give in, you are teaching them that whining works. You need to make it a hard and fast rule that your child will not get whatever they are whining for. You need to pass this message along to your child’s other caregivers, too. If others are giving in, they are teaching your child exactly what you don’t want them to learn, that whining gets their way.

4. Explain You Will Talk to Them when They Speak Normally

5. Pretend You Cannot Hear Them

This one is another one I used a lot. Thankfully, my children did not whine a lot but when they did, this is what I did. After telling them that I would not talk to them when they were whining, I pretended I didn’t hear them when they whined after that. I would also say something to the effect of, “I thought I heard something but I must have been wrong. I know that isn’t your beautiful voice!” Amazingly, this worked wonderfully because my children knew that their mom was not going to talk until they talked normally again.

Whispering is a parenting tactic that is underused. It can stop whining, fighting between siblings, not listening and several other childhood misbehaviors. It works because it catches your child off guard. They are expecting to get a huge reaction from you, like yelling. When you lower your voice and are extremely calm, they do not know what to think.

7. Tell Them How Much You Miss Their Voice

Tell your child how much you miss their voice. Tell them that they do not sound nice when they whine. Remind them that big girls and boys do not whine. When they do speak correctly, praise them. Tell them you love to hear them talk.

Whining is a very difficult thing to deal with from your child. How do you handle whining in your children? What have you found that works?