10 Amazing Reasons Why You Should Raise Bilingual Children ...

In the diverse world we live in today knowing one language just isn’t enough, and so there are many reasons to raise bilingual children. These days most concerned parents are always searching for newer and better ways to raise talented and competent children. Finding reasons to raise bilingual children is surprisingly one of the easiest things to do when parenting. But if you’re having trouble here are some reasons you may not have heard before.

1 Your Spouse is Bilingual

Maybe this is the most obvious one, but believe it or not parents don’t think there are reasons to raise bilingual children because they think mastering one language will more than suffice. If you live in a household where you have the opportunity to raise bilingual children clearly because you already have one parent who speaks more than one language, I implore you to take advantage of this opportunity. I was raised in a home where only my mother spoke more than one language and it was not easy only having her to communicate with in her native language most of the time, but as an adult I can see that it was definitely worth it!

If you yourself as a mother or father are already bilingual there honestly should be nothing stopping you from teaching your children. Even if you think you speak a language that is dying out or is not very common in the area you live in, please teach your children this language from a very young age, no matter what. There are many reasons to raise bilingual children beyond just utilizing the language on a daily basis. For example recent studies show being bilingual can help improve your children’s academic studies and emotional health in more ways than one. You are literally feeding your children’s mind with more information and aiding them in the development of their language skills at a faster rate than their peers - which is definitely not something to avoid or prevent but rather emphasize in your home and during daily routines. 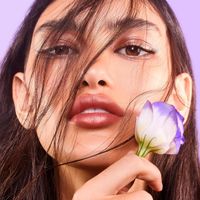 When the cons outweigh the pros in a relationship 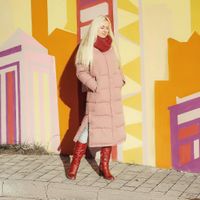 What You Can do Today Thatll Make a Difference in Your Life Tomorrow ...

3 You Live in a Multicultural Area

The world is changing and in many areas becoming a melting pot of cultures and this can mean possibly living in a neighborhood that is filled with immigrants from a multitude of areas. Although naturally all of these immigrants will eventually learn the local dialects of their new homeland, it is always nice to be able to fully communicate on a more personal level. I know in many of my experiences when I have conversed with someone in their native tongue many awkward barriers were broken and they were able to trust me more somehow because they knew I understood where they came from. Of the many reasons to raise bilingual children this is one of the most important if you want your children to function on a totally different level of socialization.

4 You Are Second Generation from a Foreign Country

Another observation I have when it comes to language study and assimilation is that parents who have their own parents that emigrated from another country tend to abandon their original native tongue all together. Maybe this is not true for all cultures but I can think of many families who no longer have any connection to the homeland their ancestors once came from. To me this is a terrible shame and even if you are a parent who speaks only one language, a great reason to raise bilingual children is so that they have more of a connection to their ancestral heritage. And even more importantly they are able to communicate with their grandparents and maybe even great-grandparents in their native language which is extremely heartwarming not to mention impressive.

People have all different rhymes and reasons for immigrating to a foreign country. In today’s world, leading economic global powers often require parents to pick up and move to another country on a moment’s notice at the mercy of their fickle employer. So if this happens to you, this is all the more reason to raise your children to be bilingual even though it may be an inevitable outcome nonetheless. Moreover some employers notify their employees that for example, they will be opening up a new flagship office in Dubai in about 5 years and you will need to move there with your family to manage it. Clearly you should use those 5 years to make sure your children are well versed in the Arabic spoken in Dubai, this will make the transition a lot smoother, not to mention add to your children’s notable language abilities!

Some parents are hesitant to travel with their young children to foreign countries because often they fear their children will not appreciate the historical sights it has to offer. Whether you’re one of these parents or not, traveling with children at any age can be difficult. So if you plan on taking yearly trips to Mexico and South America to relax on the beaches during Spring break, why not teach your children to be fluent in Spanish? Traveling anywhere in general always has its dangers but perhaps this will be adding one more thing to make you feel more secure about going with your little ones. Knowing Spanish will ensure that if your children ever get lost they will be able to communicate in your host country’s native tongue, eliminating any chance of not being able to ask for directions or talk to the local police if need be.

Unfortunately in the U.S., usually children do not start learning a language until around middle or high school. Many people complain about this doing a disservice to children by not taking advantage of the language acquisition skills they possess at a young age. Whether you raise your children to be bilingual or not, knowing that your children will eventually learn another language later in life may persuade you to teach them earlier in life regardless. I know many people who really struggled learning another language in high school because they were simply too preoccupied with other subjects and unable to devote the necessary time to properly understanding the curriculum. This is a disadvantage to many students and sometimes no matter how hard you study, you just cannot seem to grasp those verbs and conjugations. So parents if you have the opportunity do not hesitate to benefit for all these reasons to raise bilingual children.

8 You Want Your Children to Become Better Test Takers

Learning a language stimulates the same senses in a child’s brain as learning to play a musical instrument and mastering the often impossible subject of mathematics. More reasons to raise bilingual children are that it can seriously help them get ahead in school and promote healthy learning habits and skills. These skills will later assist your children when it comes to practical and state mandated exams. And unbeknownst to many a language can further enhance your children’s abilities to focus and master a difficult task or subject.

As most people know children up to around age 6 are curious sponges, and I say that in the sense that they want to know everything and are full of questions that no answer can ever satisfy. Additionally they process information at the fastest and most accurate rates that they ever will in their whole lives, so learning a language is usually a cinch for younger children because they literally just take tons of complex information in as if it were the easiest thing ever.

Maybe this sounds silly to some people, but my grandmother has a love of Russian theater, and although her native language is already Russian, she once admitted to me that one of the reasons (of many!) she wanted me to also learn Russian was so that I could enjoy the Russian ballets, operas and movies with her. So maybe the other 9 reasons to raise bilingual children above didn’t convince you, and although this one may seem the very trite and surface level it is equally as important! When you raise bilingual children you open their minds up to a whole new world of new opportunities and ideas - include foreign arts and culture.

A lot of bilingual and trilingual speakers agree with me that of the many languages in the whole wide world, why limit your children to speaking just one? Raising bilingual children opens doors you never even thought of and will definitely help them in the long run. Think of how many job postings you’ve seen recently that listed bilingual preferred or bilingual required and how many people you know who were offered promotions simply because they were fluent in another language. The 2000 U.S census shows that 47 million Americans, or 18% of the total population, speaks another language at home in addition to English. Are you already raising your children to be bilingual? If so, in which languages? And if not, which languages do you plan to teach them? Feel free to also share any tips and tools that have helped you when teaching your children another language! 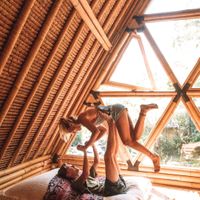 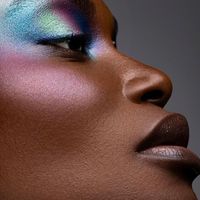 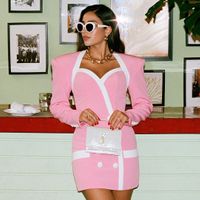 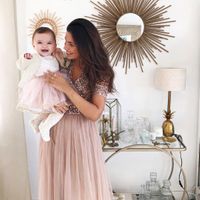 How to Apply Feng Shui for a Peaceful and Prosperous Life ... 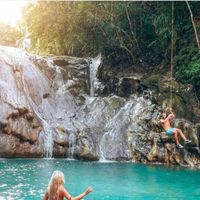 9 Remedies for Your Period Issues ... 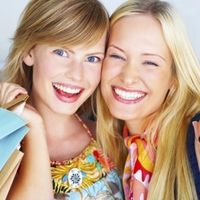