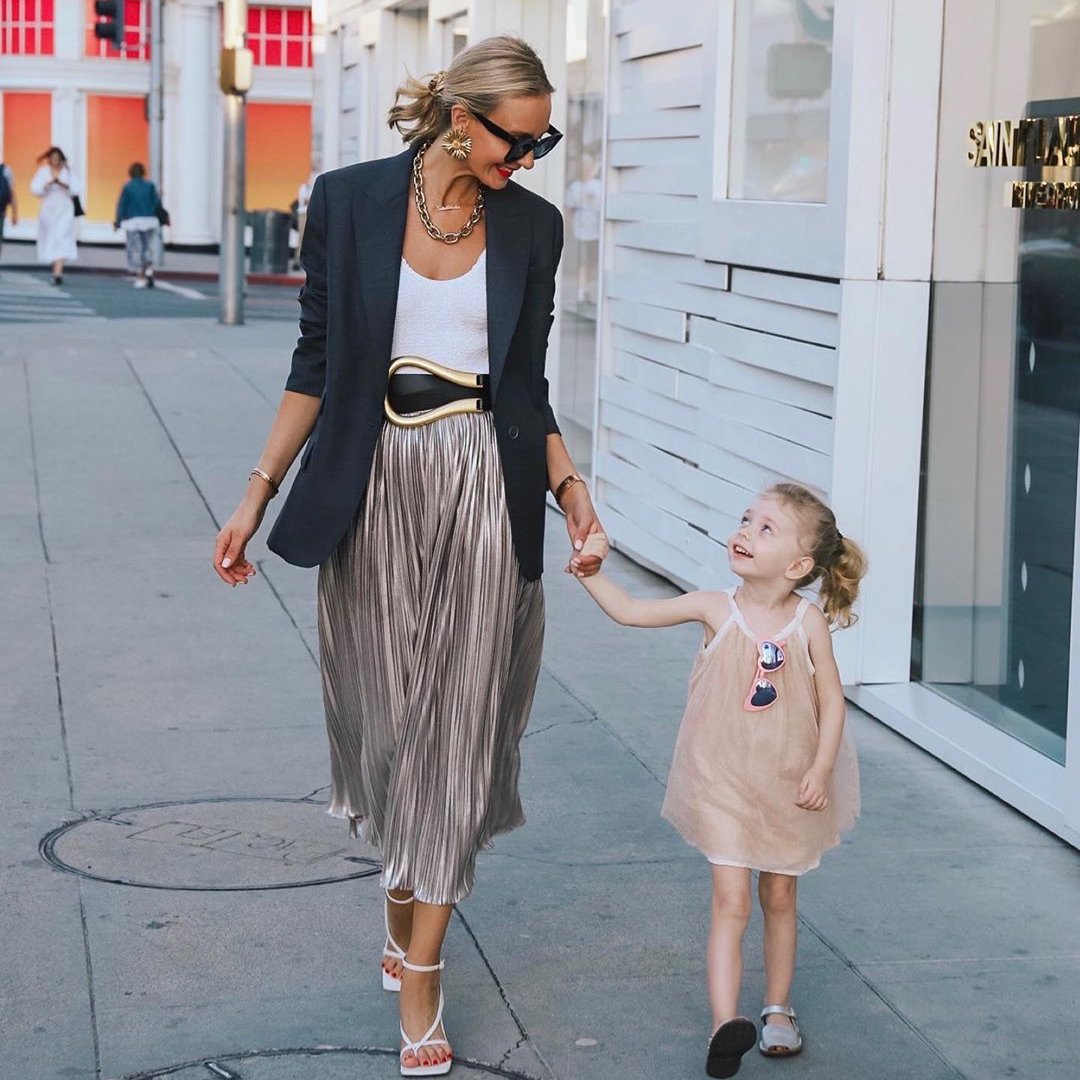 There are so many things a new mom can look forward to.

So you're pregnant for the first time, or maybe you've applied to adopt your first newborn baby. You want to focus on being happy about it, but at least half the people who congratulate you follow it up with a sly smirk and maybe a wink, regaling you on all the difficult changes you have to anticipate now—sleepless nights, weight gain, dirty diapers, babysitters, bladder issues, painful breastfeeding or expensive formula. It's not like you weren't already aware of these things. Not only that, but thinking about all the ways that your newfound motherhood will kick you in the pants may be an unwelcome curb for your enthusiasm. But don't fear because there are many things a new mom can look forward to.

Yes, of course parenthood is challenging. No one chooses to become a parent because it's easy. That doesn't mean it's not without its rewards. While there's no harm in acknowledging the unglamorous aspects of caring for children (in fact, there's some benefit in that), it only tells half the story—perhaps even less than half.

To counteract the deluge of negatively tinted information that you already know anyway, treat yourself to a list of seventeen big and small things to which you can look forward to during your first year as a new mom.

One of best things a new mom can look forward to is all the snuggling. Nothing, and I mean nothing, beats cuddling with a tiny creature who so readily accepts your affection. The feeling that courses through your body when you hold your baby against your chest, in your lap, or cradled in your arms—it's an almost overwhelming concoction of protective instincts and ardent love. Imagine feeding a tired baby, then gently pressing him against your shoulder to burp him, and the baby, full of unguarded trust and the need for reassurance, curls up against you, positioning his head right in the crook of your neck as he falls asleep. You'll never want it to end.

Round, soft, and squishy, a baby's cheeks practically beg to be kissed. You'll never have so much fun smooching something ever again in your life. They are perfect. People's cheeks become decidedly less perfect as they grow older, not to mention children don't tolerate random and incessant kisses as much once they start gaining a sense of independence. So plant your lips on them as often as you possibly can.

The cheeks aren't the only parts that are so soft, though. A baby's entire body seems to be made out of clouds spun with silk. Even her feet—too tiny and inexperienced to be gross yet—have the texture of flower petals. The younger your baby is, the newer her cells, and the faster they're continuously dividing and renewing themselves, resulting in such wondrously soft and smooth skin.

Most babies start consciously smiling somewhere around two months. Unaffected by complicated adult concerns or baggage, a baby's smile is the most genuine, innocent, and unabashedly happiest of smiles. Once your baby learns to recognize you, and as he responds to new things with unrestrained enthusiasm, you'll find yourself melting frequently throughout your day at the sight of that grin. If you're awake and feeding him in the middle of the night, his joy at seeing you can really make the interruption of sleep much more bearable.

A baby's face is capable of so much more than just smiles. Like Tinkerbell, it's like her tiny body can only feel one emotion at a time, so it just fills her up and manifests itself in a pure, untarnished form. Whether she's confused, surprised, scared, curious, desperate, angry, sad, excited, or jubilant, your baby will have no inhibitions about expressing what she feels and it's both fascinating and fun to witness. Keep a camera nearby as often as you can so that you can capture particularly amusing moments.

If you think your baby is cute when he's awake, just wait until he's asleep. Arms and legs sprawled out or curled inward, mouth closed or open, upright in a stroller or laid in a crib, face still or alternating between brief smiles and frowns, it doesn't matter. A sleeping baby is the picture of peace and heartwarming innocence. You'll have to resist the temptation to wake him by reaching out to touch his perfection.

The flower called Baby's Breath doesn't get its name from nothing. Still relatively unspoiled by physical activity or the necessity of digesting multiple types of food, your baby will have a light and pleasant scent. Sure, she'll sometimes soil a diaper that will give off a nasty odor, but as soon as you clean her up, she'll return to smelling like a fresh bouquet quickly enough.

Your baby may or may not learn to say specific words during his first year of life, but regardless, he will certainly try. In his small voice, he'll start mimicking sounds that he hears and talking to himself (or to you) in a language only he can understand. It's even better when he starts singing. Wondering what he's saying and being entertained by his adorably sincere attempts to communicate is a real treat.

To go along with those cute little sounds will be the most beautiful laughter you've ever heard. Again, babies are unburdened by the complexities of adult life, so their laughter is as sparkling and refreshing as fresh, clean water. It's incredible to realize what you're willing to do to draw it out. The faces you'll make, the games you'll play, the toys you'll use, the books you'll read over and over. You'll find that your dignity is less important than bringing joy to that baby as often as possible, just so you can hear that giggle.

Watching the way they grasp objects is amusing. Observing them slowly curling in and out is rather mesmerizing. Indeed, it's endlessly interesting to watch a baby learn how to use her fingers. The best thing that she'll do with them is to wrap them around one of your fingers. Of course, you'll want to be careful about what you let her grab, but it's a small price to pay to feel her hold onto you in that small way.

Babies are clumsy. Who can blame them? Motor skills are a completely new concept. Your baby will bump into things, stumble, sway, fall down, wiggle around, clasp things incorrectly, wave them back and forth recklessly, and have no concept of personal space. He'll be sweetly, innocently, shamelessly awkward—and you will love it.

It's not about boosting your ego or anything like that, but there's something exhilarating about seeing pieces of yourself in your baby. Even if you've adopted her, she can't help but take on some of your characteristics. She sees the way you do things and hears the way you speak. You'll learn new things about yourself and witness your legacy developing right before your very eyes. It's as fun as it is humbling.

To your baby, everything is untried, untested, and unknown. The world is a blank slate. You've probably forgotten what it's like to be completely taken by surprise on a daily basis. Watching your baby grow and learn to interact with his surroundings and seeing things through his eyes will help remind you how to be properly astounded. It's like getting another chance to read your favorite book for the first time.

Of course, as your baby figures out new things little by little, she'll make mistakes and deal with setbacks. The amazing part, though, is that she hasn't yet internalized the concept of discouragement. She'll be tenacious and determined, viewing failure as simply another step to success. It doesn't matter whether she picks things up quickly or takes a long time. The point is that she never gives up. It's wonderful to observe.

Likewise, every time your baby masters a new skill, you'll rejoice with him. There's certainly something bittersweet in watching your baby slowly learn how to take care of himself, but mostly, you'll find it easy to share in his sense of triumph. After all, one of your most important jobs as a parent is to facilitate his path to independence. Every step toward that end is important and beautiful. His joy is your joy.

16. The Most Unconditional Love

You'll understand the idea of unconditional love on a whole new level. This doesn't just refer to love that you feel for her, although that is incredible and almost overwhelming on its own. Your baby will teach you more about it than you would believe before experiencing it firsthand. Because he is untainted by the capacity to hold grudges or be judgmental, your baby will forgive you quickly and easily for your bad days, trust you completely despite your mistakes, and love you with his entire being because you are his entire world. Living as the recipient of a child's unconditional love is inspiring.

Before welcoming your baby into your home, you may have taken care of other people's children. Whether it was for a few hours or several days at a time, it was still temporary. Having a child of your own is completely different. You are specifically responsible for this one. He is the bearer of your personal legacy. Everything that you do in your life will affect him more than almost anyone else. The things that other people do will matter to you more because they could influence him. Maybe you were already conscious of everything that you said and did, but that consciousness will be heightened because you have a far deeper and more personal stake in the fate of our world than you did before your baby came into your life. Your horizons will be broadened, and you'll notice new angles that you never saw or comprehended before this. It's different from anything you've ever experienced. This isn't temporary and technically separated from you. It's eternal and connected inexplicably to you. Nothing will change you more thoroughly and profoundly, and there is no substitute for it.

The people who warn (or simply remind) of you the hardships ahead of you as an expectant biological or adoptive mother are not necessarily incorrect. Again, there's good in recognizing that there are some aspects of parenthood that are messy, confusing, exhausting, inconvenient, unsanitary, costly, and frustrating (or even infuriating). However, there's also an irreplaceable joy in it.

The experience as a whole isn't meant to be a cakewalk. It's a journey of growth for both you and your child. Let every part of it be what it's supposed to be and let yourself look forward to the most marvelous parts.