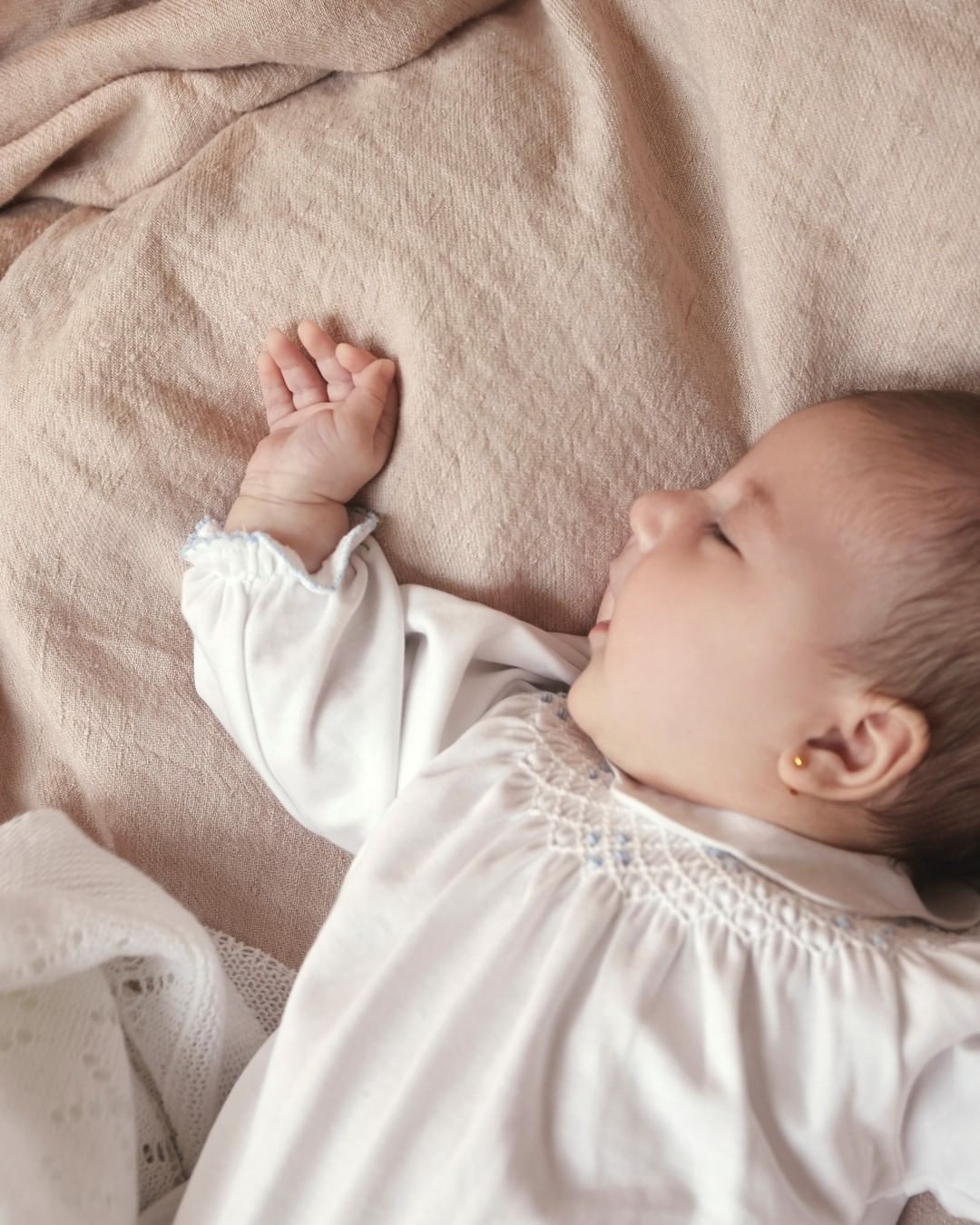 From the moment we dream about being new parents we think about how unique we want our children to be, and what better way to start them out on their unique path than with a cute uncommon baby name. We want our kids to stand out from the rest and have a name that no one else has. Perhaps one of these cute uncommon baby names will be the unique start of your child's life...

You may have heard this name before from the bad guy of Speed, actor Dennis Hopper, but it's rare that we hear it as a first name. In 1993, Sean Penn and Robin Wright named their son Hopper Jack after Dennis Hopper and Jack Nicholson, but it seems that the trend of this cute uncommon baby name hasn't caught on yet. In the English and Scottish origin it has an occupational meaning of "acrobat," and in Dutch it means "hop grower or seller." What do you think of this baby name; is it cool and will we hear it more?

Are you looking for a cute baby name for your little girl that will give her the nickname "Izzy" but don't want to name her Isabelle or Isabella like everyone else? Well now she can be unique with the uncommon baby name "Isadora" and still have the fun nickname "Izzy" or even "Dora," and what little girl wouldn't want to have a nickname after her favorite cartoon character?! In Latin it means, "gift of Isis," who is the Egyptian goddess of the moon and fertility.

If you come from a strong Irish family and are looking to give your little boy a name that will reflect your heritage, look no further than this Irish uncommon baby name. "Gannon" is a popular surname from Ireland and has its own coat of arms. In Irish it means "fair-skinned and fair-haired" and was the name of a historic Irish Leader. Do you think others outside of an Irish background will name their babies "Gannon"?

This beautiful name is the female version in Hebrew of "Abraham" and a thought just popped into my head of how adorable it would be to name girl and boy twins Abra and Abraham! Go ahead, you can steal this idea from me for your newborn twins! It is said that in the bible Abra was King Soloman's favorite and in France there is a saint named Abra.

Though this cute uncommon baby name can be used for either gender, as actor Noah Wyle has given his little girl this great name, I like it as an option for little boys now that the name Aiden has become very popular. If you are a fan of poetry you may recognize this handsome name from the famous poet, W.H. Auden, which would make a great reason to name your son in the poet's honor! In English "Auden" means "old friend."

This sweet name reminds me of the beautiful song from The Sound of Music, "Do-Re-Mi," which begins... "Doe - a deer, a female deer." Your daughter would have the most romantic and delicate name in her class and everyone would just fall in love with her. This uncommon baby name sounds so kind and gentle, why wouldn't everyone want to be friends with a girl named "Doe"?!

This is another strong name with a coat of arms and a surname history. If you have a Scottish family heritage, "Pike" might make a great uncommon baby name for your newborn son. Or maybe you are a fan of the James Bond 007 movies and remember actress Rosamund Pike, as one of the bad girls in Die Another Day. Would you name your son Pike, which means fish?

Instead of naming your little girl Ashley, give her a unique and more interesting name like Ashland. It’s of English or Scottish origin and means “land of Ash trees.” It is a more popular name for girls, especially with the spelling Ashlynn, however it is still strong enough for a boy if you are considering it.

If you watch the TV show “Nashville,” then you’ve heard of the actress Connie Britton who plays Rayna, or perhaps you’re a baseball fan and know of the Red Sox pitcher Drake Britton. Although it is a pretty common last name, Britton isn’t commonly used as a first name. A few variations of spelling may be Bryton (for a little boy) or Brighton (for a little girl). They all originate from England, Britton meaning from the town of Brittany, and Brighton is the name of a south coast tourist town.

If you are considering the name Carmen, but want something more unique, the girl’s name Carmina is a beautiful yet uncommon variation. Carmen has a Hebrew origin meaning “garden or orchard.”

This unique boy’s name isn’t popular yet, but it may become common in the next few years since Tia Mowry and husband Cory Hardrict named their little boy Cree in 2011. The name comes from one of the largest Native American tribes in North America, with most living in Canada.

Are you looking for an uncommon, yet strong name for your little boy? The name Valko means wolf and is of Bulgarian origin. You can’t get much stronger than that, can you?! Like Britton, it is a common last name, but has yet to become a popular first name.

I really love this name, it just sounds so sweet and girly. If you are looking for a German girl’s name that has sass and personality behind it, Trula is a great choice. Can you guess what this name means? If you said “true,” then you are correct! All babies are born true, honest, and pure, so you really can’t go wrong with naming your daughter Trula.

Is this not a fun sounding name?! It’s more commonly used as a girl’s name, but it could be used for a boy as well. It has a Japanese origin and means prosperous or successful.

When this name popped up, I immediately thought of the adorable little elf Dobby from “Harry Potter.” Who wouldn’t want a name like Dobry that reminds people of Harry Potter’s elf friend?! The name is from Polish origin and means good, which makes me think of Dobby even more because he was such a good friend to Harry.

This name is a little bit edgy and a little bit trendy even though you have probably never heard it. It's a variation on Ryder, but gives your baby a name that he isn't going to share with anyone else in his class. Plus, it rolls off the tongue just right and works well with a huge variety of middle names.

Traditionally a girl's name, this one would also work for a boy. You definitely won't hear anyone else calling their child on the playground by this name. It sounds dignified and special, don't you think?

If you love the name Max, but want something a bit different than Maximus or Maxwell, this is the name for you. Just be aware that people are probably still going to shorten this name to just Max. Still, it's different and cute and people will love it.

If it doesn't make you think of eagle claws, this is a unique moniker that will give your baby a truly unique name that no one else will have. It's easy to spell, won't be mispronounced all the time and will give your child a sense of being his own person. It works for a girl too, though it's recorded as being a boy's name.

This French boy's name is just fun to say. It sure sounds like the name of a dignitary or billionaire, doesn't it? Regardless of who your little boy is, this name is special and uncommon enough that you won't be seeing any other little Picards running around the preschool.

As you well know, ambrosia was food to the gods. With a name like this, your daughter will know how important and special she is to you. If you want a name that all the other little girls don't have, you can be sure this one is it. Ambrosia is cute for a little girl, but won't sound silly when she grows into an adult.

This is a unisex name that can be given to either a boy or a girl. Adorable, isn't it? This is an English name that means hill by the lake. Regardless of it's strange origin, it's still an uncommon name that you will love saying as your baby grows.

This is another name that works perfectly for a boy or for a girl. It means from the field of hermits. Weird, perhaps, but if you care more about the name than the meaning, it won't matter anyway. This name brings to mind British society and has an air of elegance and class to it.

We can thank Beyonce for making color names something to think about. If you don't want to copy a celebrity for your little girl's name, consider naming her Burgundy instead. It won't be hard to say, but it will give her a dignified name all her own.

There's something truly wonderful about a name like this. Obviously, it means that a person isn't held back or restrained and we all want that for our children. This name is a super unique choice for a son or daughter.

Whether your child has an uncommon, popular, or very unusual baby name, they will be unique and creative in their own way. Names hold a special meaning to us; some of us are named after our grandparents, while others are named after a very special family friend. Dare to be different when you name your baby and give them a cute uncommon baby name that will live on forever. Do you have an uncommon name?

This article written in collaboration with editor, Eliza Martinez