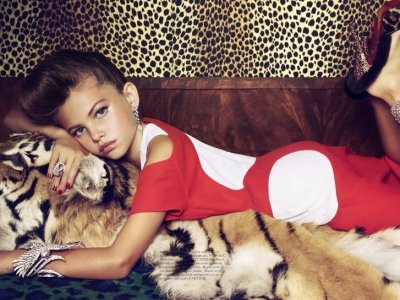 One of the most important reasons to discourage your daughter from wanting to be famous is that she could find much better ambitions. Being a celebrity really isn't a great achievement. In the age of Twitter, virtually anyone can achieve some kind of fame. It's often rather dubious, and more a kind of notoriety. Encourage her to have a career instead.

2. Fame is a Double-Edged Sword

If your daughter thinks that being famous would be an amazing experience, she needs to learn that there is a very negative side. It's not all red carpets and awards ceremonies. Celebrities are frequently the subject of considerable scrutiny and have their every move followed and analysed. Their private lives are not respected and everything they say and do is analysed. Not fun.

3. In the Footsteps of the Suffragettes

Did women fight for the right to vote so that their great-granddaughters could make it big on reality TV? This genre has a lot to answer for when it comes to making ordinary people famous. There isn't much to admire about the Kardashians and the Jersey Shore women. Teach your daughter about women who fought for civil rights and equality, or were pioneers in medicine and science.

4. Not Easy to Achieve

Sure, it's relatively easy to become famous these days, with the vast number of reality shows and media outlets. But this kind of fame tends to be fleeting. Genuine celebrity is far more difficult to achieve. Becoming known and admired for an authentic talent or achievement happens to very few people. For most, it's better to pursue more realistic goals.

How many celebrities remain famous for decades? Most of today's crop will be forgotten before long. If being famous is all that matters to a girl, how would she feel when her fame faded? Losing that status could be worse than never being famous in the first place.

Some celebrities undoubtedly court press attention. But being followed everywhere you go would be irritating or even distressing. Does your daughter want to be photographed every time she leaves the house? Is she prepared for just how intrusive this kind of attention would be? Relationships, comments, and appearance are analysed and commented on in minute detail. Nothing is private.

7. Goes to Their Head

Some celebrities get carried away by their fame and think that it entitles them to behave however they please. They lose track of what is acceptable behaviour, and soon become best known for their unpleasant attitude. You certainly wouldn't want your daughter to turn into a spoilt little madam who thinks because she has money she can treat people like dirt.

Too many people these days achieve "fame" without any signs of talent. This wouldn't happen without the public buying into the promotion of anything these so-called celebrities do. Show your daughter that there are far more worthwhile achievements to pursue. What do you think of parents who push their children into showbiz?