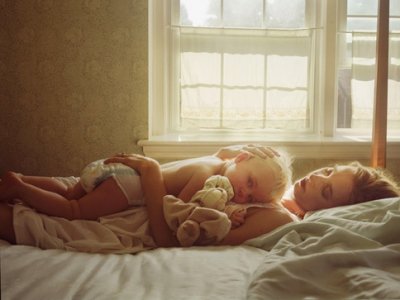 Parenting Styles are many and varied, and something that it seems impossible to agree on. We´ve all, whether we are parents ourselves or not, tutted at and criticised how other people raise their children. It seems to be one thing that everyone has an opinion on. So what are some of these differing parenting style, and are they good for the kids?

People who grow up with liberal parents might think that they´ve been pretty lucky. Who wouldn´t like having parents who let them stay out late, do what they like and don´t mind boyfriends staying over? The problem is that children need boundaries, and if they aren´t given limits they can become pretty spoiled and don´t know where to stop.

Then there are those at the other extreme of parenting styles; they try to control every aspect of their children´s lives and stifle any attempts at developing individuality. The children then rebel, perhaps bringing about the very result the parents have been trying to avoid.

This is something we are hearing a lot about at the moment. Tiger Moms believe that their children should study every waking hour and do lots of educational activities such as music. Of course, parents should encourage their kids to do their best, but there are limits – kids need time to play and enjoy themselves as well.

This might just be the most exasperating kind of parenting style … when they refuse to let you grow up, and still insist on telling you how to run your life, even long after your own kids have grown up! Some parents just can´t let go of the attitude that ´I am your mother/father´, and there is no escape …

Law makers are perhaps an offshoot of the strict parents, with a touch of the bossy parent thrown in. These people are prone to say ´I make the rules in my house´, which is fair enough, but they do tend to be far too rigid. A little relaxation wouldn´t go amiss for them.

Some parents use work as an excuse to keep away from involvement with home and family, which does make you wonder why they bothered to have children in the first place. Others are emotionally distant – are you one of those people whose parents have never told them that they love them?

There is no doubt that parenthood can be frustrating and tiring, but it´s quite disturbing when you see people shouting at their kids as if they have no patience at all. Even more than with distant parents, I wonder why these people had children if all they can do is shout at them (and I´ve seen it happen a lot).

Fortunately, in spite of these differing parenting styles, most people manage to bring up their kids to be decent human beings. It´s a tough job, and as we know kids don´t come with instruction manuals! What parenting styles have you witnessed, and how would you bring up your own kids?