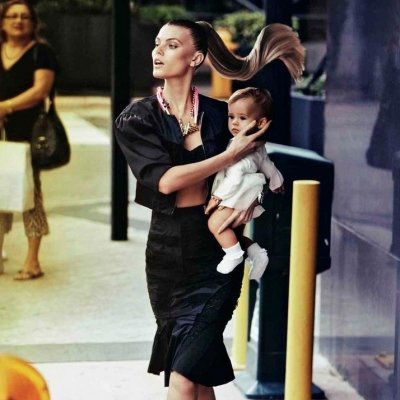 It’s no secret that being a parent gets pretty disgusting at times, and there are plenty of gross health problems you’d probably rather not think about. The good news is that they aren’t all as harmful as you might think. You’re bound to have your share of ickiness to deal with as you raise your little ones, but when it comes to the following gross health problems, rest assured that there isn’t imminent danger and you’re sure to come through it with time.

Sure, it’s super contagious and you probably don’t want to deal with it, but pinkeye is one of those gross health problems that aren’t going to hurt your child. The condition causes your little one’s eyes to get bright red and they usually ooze some nasty junk, but with the right care, pinkeye clears up and you can get on with life unscathed. Call your pediatrician for antibiotic drops and practice good hand washing to help prevent it from spreading to you or your other kids.

Warts are caused by a virus, so you might shudder if your kid gets one. The truth is that warts are generally harmless and will go away on their own. They often appear on the hands and feet but they also like warm, moist places, so you could see them elsewhere. Warts are passed from towels, the locker room floor and other similar items. Have your child wear shoes in public places and avoid sharing washcloths and towels, which are simple ways to prevent warts. If your child does get one, leave it alone – it should go away on its own. If it persists, talk to a doctor about more aggressive treatment options.

There’s nothing that gives me the shivers more than thinking about lice crawling on my head or my children’s heads. Lice don’t appear all that often, but if they do, it gets pretty gross. Lice won’t harm your child no matter how grossed out you are by the little critters. Use an approved treatment to get rid of them and keep your eyes open for infestations in other family members.

I don’t think anything on this list will top the yuck factor of pinworms. These nasty little guys invade the intestines. The females come out of the anus to lay their eggs, so you may even see them. I’m shuddering right now, are you? The eggs can be spread so it’s important to treat the condition. You’ll need to wash all linens and bedding and your child will have to take antibiotics to kill the worms, but otherwise he will likely come through it just fine. Though catching sight of worms invading your child’s behind may leave you traumatized for life.

Ringworm gets its name from the ring-like marks that appear if your child has the condition. It’s spread most commonly in locker rooms and gym mats, so preschoolers and kids who swim at the public pool are especially at risk. Luckily, ringworm doesn’t leave behind any lasting effects and it’s relatively easy to treat with an anti-fungal cream and a huge amount of washing laundry.

There was an outbreak of scabies in my oldest son’s preschool when he was three and I about died in disgust. He never got it, but I was grossed out all the same. Scabies are little burrowing creatures that cause intense itching. Your pediatrician will give you a special lotion to get rid of the scabies and then you’ll both be fine!

I got impetigo as a kid and I can tell you that it’s gross, but I’m no worse for the wear now. The condition produces gross, crusty lesions on the skin, but a quick dose of antibiotics usually takes care of it. Keep the sores covered as they are very contagious and can spread to other areas of your child’s body or be passed to other people.

Are you grossed out yet? No one ever said that having kids was going to be all rainbows and unicorns, but these yucky conditions really take the cake on the gross out factor of being a parent. Have your kids had any of these conditions?