10 Gender Based Stereotypes Imposed on Kids ... 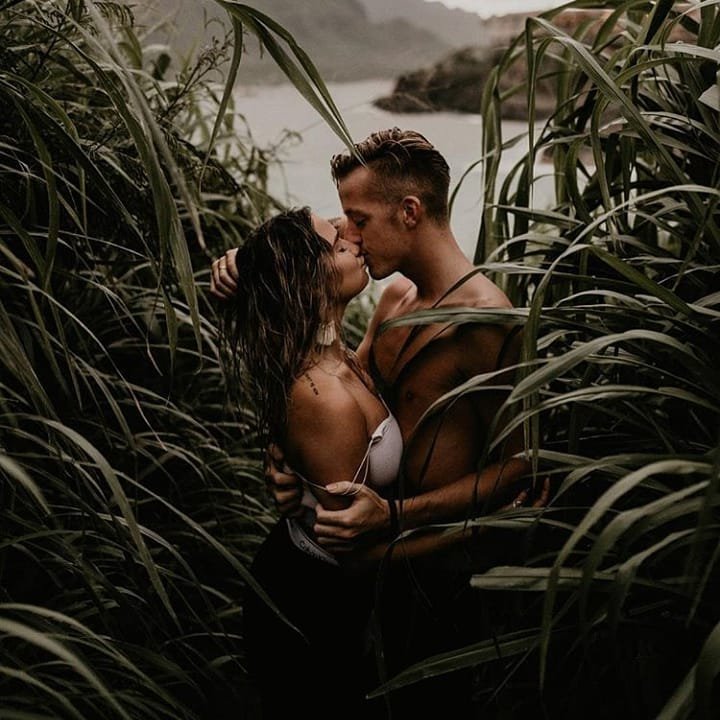 There are many gender based stereotypes that come into play in our society today. Some of them start at birth, but all of them are thrust upon our kids from a very young age. Not all of them are blatantly bad, but they all greatly influence the roles our kids feel they need to play as they get older. These 10 gender based stereotypes are just the tip of the iceberg, there are many more. Now I’m not saying that every parent, teacher or guardian does these things, I’m just saying they are far more common today than they should be and perhaps we should pay a little more attention to how we influence our kids.

Despite the fact that women have been growing stronger and stronger in the workforce for many, many years, it is still quite common for young kids to play house in such a way that the girl cooks, cleans and takes care of the baby and the boy goes to work or uses toy tools to fix things around the home. This may be ingraining in our children’s minds that the men earn the income and the women are responsible for all of the housework. There is nothing wrong with introducing tools to our girls or cooking to our boys. This is one of the gender based stereotypes I think we need to nip in the bud.

Boys are constantly encouraged to play sports from an early age. You start with catch then progress to Tee-ball when they hit school age. Girls who show an interest in sports are dubbed “Tomboys,” while many parents try to talk them out of torn jeans with grass stains and into frilly pink dresses. Kids should be encouraged to participate in whatever activities they have an interest in, regardless of their gender.

From the moment babies are born they are dressed in blue for boys and pink for girls. This color coding system advances as they get older, with girls feeling pressured to have pink or purple as their favorite color and boys being told they can’t like those colors because they are for girls.

4 Men Are the Boss

This goes along with the “playing house” concept. The man goes to work, the woman stays at home. While that may still be the most common arrangement, it certainly isn’t the only one. Many women are single mothers, more and more both parents are required to work because of financial issues… it isn’t always the father that is the head of the household. Parents should share responsibility whenever possible and kids shouldn’t be taught to respect their father more than their mother.

5 Men Think about Sex All Day (and Women Don’t)

As a woman, I’d just like to say I think about sex quite frequently. The common thought is that men obsess about sex day in and day out, and women just “give in” to them. In reality, women want to have sex just as much as men. It’s just as pleasurable for us as it is for them!

TV shows and movies especially perpetuate the stereotype that when women gather in a group, they all gossip together. Well, of course we do! Well…some of us. But men gossip just as much. They talk about their friends, co-workers, sex and relationships too. I’d love to see a TV show where a group of guys is sitting around in a circle conversing about the latest scandal.

Nurses are women, doctors are men, right? NO! I know that years ago there were certain jobs that were specific to each gender, but the time for that has long passed. It’s time to let our children know they can be whatever they want to be and embrace their decisions.

Because guys “think about sex all day,” for some reason we seem to believe their lust is uncontrollable and this is why it is widely thought that most men are cheaters. In fact, not all men are cheaters and on top of that, many women are cheaters as well! It’s not fair to blame it all on one gender.

9 Girls Are Clean and Guys Are Slobs

I’m pretty guilty of believing this one myself, but two different situations really opened my eyes to the flaw in this theory. I went on a 2 month trip the summer between 9th and 10th grade. There were 47 teenagers and we were split into girls' and boys' sleeping quarters. While the boys kept their living area fairly clean, the girls area was almost unlivable! The bathroom was cluttered and gross, all sorts of clothing, both dirty and clean, was scattered all over the room and hardly anyone made their beds in the morning. When I was 18 I got a job at Walmart. Occasionally I would help out in the clothing departments, where I would need to refold or hang up any garments that had been messed up. The men’s department was probably 20 times cleaner at any given time of day than the women’s department. When men had unfolded a shirt or pants they either hung them back up, draped them neatly over the rack, or stealthily hid them inside the fixtures. Women left clothing thrown wherever they wanted. If a shirt fell off of a hanger, it was left lying there on the floor. So don’t believe the hype, we’re slobs too!

Personally, I AM overly sensitive, but not all women are. Furthermore, there are plenty of men who cry, have sad moments, and show genuine happiness. It is no longer believed you are a “stronger” man if you refuse to cry openly, so many more men are now comfortable expressing themselves and their feelings. So don’t tell your son he shouldn’t cry when he’s hurt or sad. Crying is a natural way to release your emotions.

I’m not saying don’t dress your little girls in pink and let them play with dolls, I’m just saying don’t allow them to think that that is their only option. Boys don’t have to play sports; the arts and music are equally as important and impressive. What stereotypes do you think we need to address?