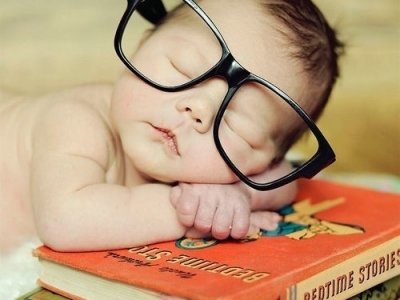 Everybody loves them and all the silly or downright weird things they do, but did you know there are many awesome reasons why babies are smarter than you think? They drool, cry for no reason for hours, can laugh hysterically at your finger and can't even go to the ladies' room. They're a total mess, basically, and yet there's much more going on in their cute, chubby little head than you could imagine! Here are just a few of the many reasons why babies are smarter than you think.

1. Babies Have the Sense of Equality and Fairness

One of the reasons why babies are smarter than you think is that they can tell what's fair and what's not even before they can speak properly - a characteristic many of us, adults, don't seem to have anymore. According to a study conducted by the University of Washington, children as little as 15 months old have the concept of equality and can recognize a violation of fairness.

2. A Baby's Brain is Twice as Hard-Working as That of an Adult

A baby's brain grows at an amazing rate, doubling its size by the time the child turns 12 months of age. To be able to cope with this fast development, it has around 1,000 trillion synapses - twice the number of synapses the average adult brain boasts! So, whenever you wonder what your mini-me is thinking, you can be sure there's a lot going on in that cute little head, even though the drool trail in the corner of her mouth may suggest otherwise.

3. They Can Easily Pick up on Others' Emotions

A study published in Developmental Psychology states that even babies who have never interacted with a dog can tell by its snarls and body language whether it is happy and welcoming or threatening. Also, it seems they're really good at interpreting classical music too. A study conducted by the Brigham Young University found they could tell when the mood changed in Beethoven's music!

Now, doing anything only because of peer pressure may not be a very smart decision for us, adults. But it's amazing that even your little one, who still sucks her thumb already (somewhat) grasps the concept of society and tries to fit in. Research has found that even kids as young as 2 years old are more likely to copy a behavior if more of their peers are doing it rather than just one.

You may think that young children are all about "Mine!" and "Gimme!" but recent research has proven that toddlers actually show an increased level of happiness when they give things to others. The fact that very young kids have the capacity to derive joy from being good to others suggests that altruism is not a learned trait, but rather an innate characteristic.

6. Babies Understand Words Way Sooner than You Would Think

Many child development experts believe that babies cannot understand the connection between objects and their names before the age of 1. However, a recent study conducted by the University of Pennsylvania has shown that even 6 month old kids can do this - before they can actually speak the words themselves. So be careful what you say in front of your baby!

7. They Can Tell when Other Language is Being Spoken

One of the most amazing reasons why babies are smarter than you think is that they can detect if a different language is being spoken even when they're 4 months old! This is way earlier than they learn how to speak or even start understanding words! How do they do this? Well, it seems they use visual cues, such as face movements or the rhythm and shape of the speaker's mouth.

Babies are a family’s own little miracle and an endless source of joy. But who would have thought that these mini-humans are capable of so many awesome things? Do you know other interesting facts about babies that you'd like to share?