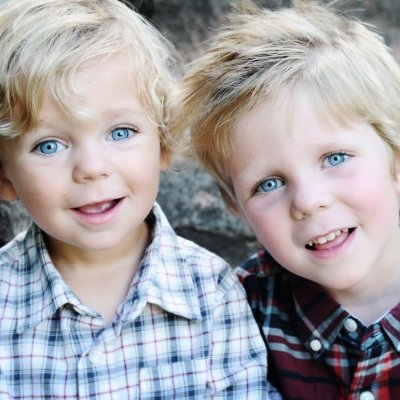 One thing you quickly learn when you are raising boys is that they tend toward risky behavior. Boys are drawn to testing their limits. They enjoy seeing just how close they can get to the edge before falling. This is something that usually brings many nervous moments to moms. While you can count on some scrapes and bruises, most boys usually escape their risky antics unharmed.

Boys do not need a lot of words. They don’t need to speak a lot or have a lot spoken to them. Most boys will make more verbal sounds such as car noises rather than saying actual words when they are toddlers. You should certainly talk to your boys but don’t expect them to enjoy conversations as much as girls do. It is good to know this going into parenting a boy rather than spending time worrying why they don’t talk more.

3. Dirt is Not the Enemy

This is another lesson moms of little boys quickly learn. Dirt is not the enemy to them. Many little boys will go out of their way to step in a mud puddle. They can happily play in a pile of dirt for hours. It’s usually a good idea to have a few separate sets of clothing for outside play.

4. They Love the Outdoors

5. What They Wear Isn’t an Issue

While most boys have a few clothing items they like, clothing is not nearly as big of a priority to a boy as it is to a girl. They are generally easier to satisfy in the clothing department. While a lot of girls like something just because they like it and that is about as defined as it can get, boys are different. They usually have a couple oof favorite brands and as long as their clothing is from that brand, they are happy. It may even be that they have a favorite style versus a favorite brand.

Boys usually develop an enjoyment of things with wheels at an early age. This will show up in many different ways over the years. They may love hot wheels and other toy cars when they are small. Most moms will find their fair share of toy cars stuffed into their little boy’s pants pockets as they do laundry. As they become adolescents, that may shift to model cars and ATVs.

This is one of the sweetest things about having a son. Boys usually have a deep caring for their mom. It is a love that never fades. She will always hold a special place in her son's heart. It is a boy’s nature to be protective when it comes to his mother.

Raising boys is an adventure. What are some things you feel moms need to know about raising boys? Feel free to share!