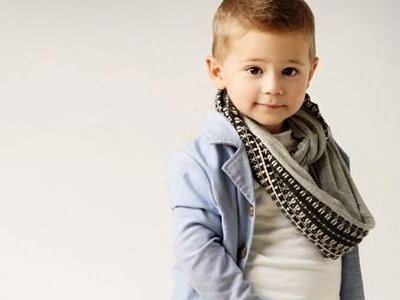 Whether you're a parent or not, I'm sure you've heard it said that a child's misbehavior is a result of bad parenting. While this may be true for some rare cases involving abuse or neglect, the majority of bad behavior seen in young children, all the way up through teens and beyond, is solely the choice of the child's. As a culture we need to stop blaming parents for the actions of their kids when they are simply doing their best at raising healthy children! As a parent of a toddler myself, and as some of you readers can relate to, it's hard to hear people falsely accuse you of bad parenting relating to a child's misbehavior. Keep reading for some amazing reasons why we need to stop blaming parents and instead shift our thinking!

As mentioned in the introduction, needing to place blame is the most common reason why we as a culture accuse parents for a child's misbehavior. How often have you seen a child throw a tantrum in a grocery store or react badly in a restaurant with loud words, and refuse to listen to mom and dad? I can admit to being judgmental in those situations even though my own child has acted the very same way! Children are figuring things out in life and make mistakes just as adults do. They also don't have the same level of mental capabilities as adults and thus feel overly emotional at times when they don't get their way. There needs to be a level of sympathy for parents who are just trying to navigate their child's behavior with appropriate responses, especially in a public setting!

2. Focus on the Child's Behavior

A lot of times in an attempt to resolve situations quickly, it's easy to take the focus off of the behavior and blame it on something else. For example, if a child is tired, she may be disrespectful to her parents and it's easy to blame the behavior on exhaustion rather than focusing on the behavior itself. Teaching children at young age to make excuses for their behavior will inevitably lead to lack of responsibility later in life. If she wakes up one morning and just has a bad day, is it your fault as the parent for her behaviors? Certainly not! Instead, as a parent or even an onlooker, mentally believe that the child has a choice to make to be respectful and kind regardless of how they may feel. Also note that it's just as important to be forgiving as the adult when children make mistakes, especially when they are not at their best physically and emotionally.

It needs to be understood that ultimately, the child is responsible for his or her own behavior. After all, more often than not the child has seen appropriate behavior played out in front of them time after time and knows deep down right from wrong. As a parent, you need to accept responsibility in modeling appropriate behavior and acknowledging your faults to him, as well as enforcing the child's responsibility for said behavior and as a growing human.

4. Release Control as a Parent by Focusing on the Bigger Picture

If you blame yourself or blame other parents for their child's behavior, it prevents the child from seeing his life and growth as his own. It can possibly stunt his ability to know the difference between right and wrong, what decisions help him and what will harm him, and what things interest him according to his personality. Release control as a parent and onlooker by not blaming anyone, but instead reinforce what good behavior should look like and how bad behavior produces negative results.

5. Stress Accountability Even at a Young Age

When children are very young in their toddler years, it's more understandable to have greater patience and understanding because they are discovering new things and growing daily. However, a child's age is not a reason to neglect stressing personal accountability because it reinforces blaming others. If you blame others, yourself or other things now for your child's behavior, what will that look like down the road into her teens and adulthood? Instead, empathize with your child by saying that you understand she is tired and hungry, but that's no excuse to hit others and be mean. Encourage her to use words and that she is smart in expressing her needs. Positive reinforcement of good behavior works way better than yelling or blaming ever will.

6. Realize Each Child is Different

It's also really important to realize that each child is different and is wired to have different personality traits, interests, talents and even struggles. No two adults are the same, therefore no two children will have the same reactions in situations. Celebrate unique personalities of children by encouraging healthy expressions of their behavior. For example, my son is almost 3, is extremely active and needs constant activity to be happy and obedient. He swims, runs, plays age appropriate sports and takes a music class. Knowing what your child needs to be successful will help with bad behavior issues.

Lastly, instead of blaming parents and circumstances for bad behavior, acknowledge that we are all human, including the tiny ones, which means we all make mistakes. Accepting our mistakes and knowing that each day is new and brings new opportunities will give you life, truly. Forgiveness is the healing element of blame shifting and guilt. Forgive yourself, accept your faults and move to change the areas in your life that need changing- slowly and day by day. Remember to verbally express your apologies to your child and ask for forgiveness when you mess up. This will teach them to do the same and to grow in humility and to take responsibility as adults!

I hope these reasons to stop blaming parents shed some light on your own thinking as either a parent or onlooker of parents and children. Just know that most parents do their best at raising healthy children and most days it seems like an experiment with what works best according to individual needs! Do any of you ladies care to share your own experiences?