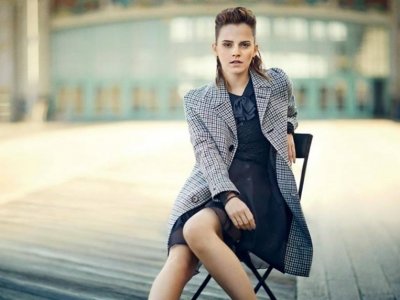 Say your child decides he doesn’t need to study for a test, then gets an “F.” He’s likely to be upset and angry, but chances are that when the next test comes, he’ll spend a bit more time hitting the books. When kids fail as a direct result of their choice not to take responsibility, they learn one of the most important things your kids learn from failing. And that’s that they have to take the initiative to ensure that they succeed next time.

No one likes to fail and when it happens to your child, she probably feels the whole gamut of emotions, from disappointment, anger, guilt and even sadness. If you try to shield her from feelings these things, she isn’t going to feel bad enough to make necessary changes. Perhaps your child fails tryouts for choir and you tell her the director is an idiot or doesn’t know anything. Blocking her from feeling the emotions that go with failure isn’t a very good way to get her to practice or make other changes to ensure she gets a spot next time. So, as hard as it is, let her feel those emotions so she is spurred to fix things on her own.

So your child failed. Now what? Learning from his failures is the logical next step. Next time your child is faced with a similar situation, he’ll be prepared with strategies and steps he can take to be sure he doesn’t fail again. That’s a valuable lesson he’s going need throughout his life, including when he goes to college and gets a job. As painful as it can be, it’s best to step back and let him learn from his failures.

4 They Learn Their Strengths

How will your child know what’s she’s good at if she doesn’t try everything? She might find out that volleyball isn’t her strong suit, but soccer is. Then she’ll know which skills to work on and which ones she might be better skipping. There’s nothing wrong with a failure, but finding out what she’s good at means she won’t keep failing, which can damage her self-esteem.

5 They Get to Learn Something New

Maybe your child really wants to make the basketball team, but he isn’t the best player in his grade. Failing the first time around gives him the chance to learn new skills. Now he knows why he didn’t make the team, so he can research and practice what he needs to get better at for next time.

6 It Teaches Them Reality

If your shield your child from any failure and disappointment, you’re only setting her up to feel a sense of entitlement for the rest of her life. Failure is important because it shows kids that everything doesn’t come easy and that it’s natural to fail sometimes. This is good because it motivates kids to work hard for their success instead of feeling like everything is going to come easy.

Ever heard the old manta, “If at first you don’t succeed, try, try again?” Most of us have. What that means is that if your child fails the first time, the success when he gets it next time will be that much sweeter.

Has your child ever failed? How did you deal with it?