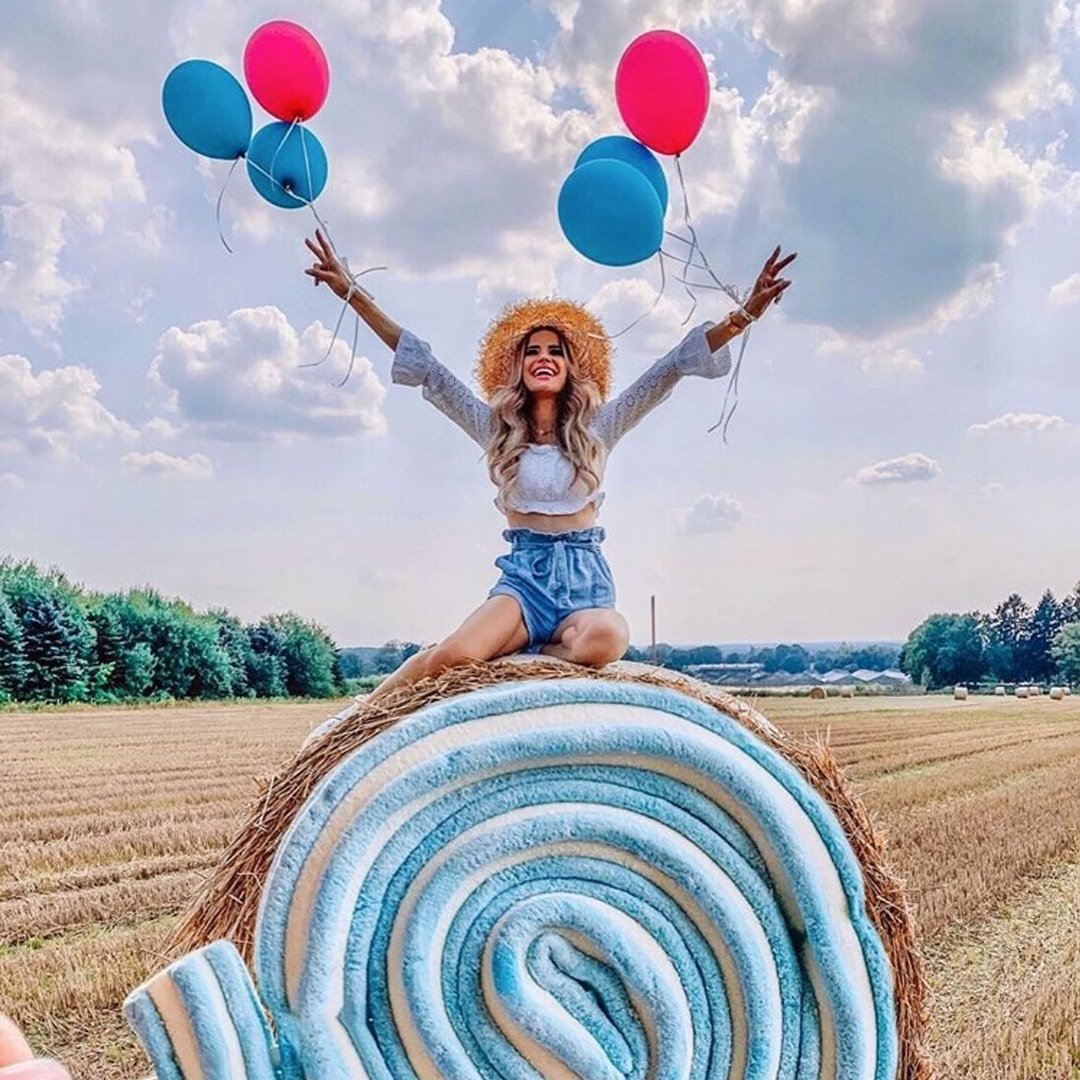 What better way to reveal the gender of your baby than by serving a vanilla cake filled with colorful M&Ms in either pink or blue? Those expecting a set of twins in both genders can even fill the cake with both pink and blue M&Ms, then watch as guests’ eyes fill with surprise. Layering the inside of a white cake with either pink or blue frosting is yet another one of today’s most popular gender reveal party ideas, but I think the M&Ms are a lot more fun. Do you agree?

Who says you have to serve a traditional cake at your gender reveal party? These cream-filled cupcakes are sure to be just as tasty and exciting to bite into, and I think the question mark on top is an especially perfect touch.

Make guessing your baby’s gender a fun game by having guests choose either a mustache or bow to wear during the party. As the day goes on, you’ll be able to see whether the majority of your guests have the correct gender in mind or whether they’re about to be in for a big surprise when you make the announcement!

Hershey’s chocolate bars colored with pink and blue markers to spell out “he” or “she” make great favors, and you can even consider hiding them inside bags for guests to pull out when it’s time for the reveal. Another great thing about this idea is that there’s very little work or advance planning required. Simply pick up a batch of candy bars at the store, color them, and get ready to share the good news with friends and relatives.

5. Balloons in a Box

Pinterest is full of creative gender reveal photos featuring balloons, including pictures showing the release of pink or blue ones from a cardboard box. Along with being a fun idea for your party, this is also a great way to capture a creative photo for pregnancy announcement cards.

Looking for another creative balloon-themed idea? You and someone else, such as your husband, can hold up two balloons, one pink and one blue. Then, whichever balloon represents the baby’s gender is the one that gets fully blown up. As with many of the other ideas on the list, this definitely makes for a great photo op!

As a fun way to involve all of your party guests in the gender reveal, consider handing out a set of specially made poppers, counting down and then listening to the excited cheers as pink or blue streamers fill the air. Even though I love all of the ideas mentioned so far, I think this one just might be my absolute favorite!

Filling a piñata with pink or blue candies and favors is yet another wonderful way to involve your guests when announcing the exciting news. Guests can simply take turns swinging until the baby’s gender is revealed in a fun shower of goodies. Plus, there are also many cute gender neutral designs that could work well, such as an owl or baby carriage.

Are you planning to try out any of these gender reveal party ideas? Which of the eight do you like best?