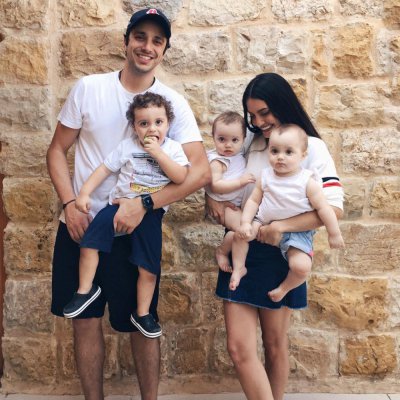 I attended a parenting seminar recently and an exercise that the speaker told us to do was to answer the question: "What are ways to deal with your kid's tantrums?" My twins just turned a year old and already they are throwing their own versions of the big T. Thankfully, I have had experiences with other children and they are very useful as I deal with my little ones' emotional and physical outbursts. Here are some seven suggestions or ways to deal with your kid's tantrums. I hope these help you!

Tantrums manifest what kids can't usually express their feelings and they usually occur between one to four years old. One of the best ways to deal with your kid's tantrums is to prevent them from happening. Several things come to mind, the first being: don't make promises if you can't keep them. For example: "I promise I'll buy you that toy car after school." Kid keeps that in mind but you don't. Major screaming will come your way, I guarantee.

Even before I became a mother, I have been aunt to nephews and nieces and also have lots of cousins that I would babysit on weekends or weekdays when I didn't have classes/work. One thing I noticed from my aunts and uncles is that: they start playing with their child and then five minutes after, they'll say: "That's enough." That's not right. If you get a kid to play, let him play for a considerable amount of time; not according to your time. Otherwise, don't start it.

My nephew, Timothy, threw a fit in the department store because he wanted my sister to buy him another Iron Man action figure when he has a roomful of them. As expected, he kicked, screamed, and cried in public and my sister got paranoid (and yes, embarrassed). I told her to ignore him and walk away. Kid cried some more and then went after shouting: "Mom, don't leave me!" You have to show - and not always tell - them who's boss too!

I had a talk with the psychologist and she said if number three doesn't work, you really have to cut short whatever you are doing in the department store, mall, or supermarket and just go home. Then, leave your kid in a corner or his/her room and give him/her time to calm down. That's it.

It's frustrating especially when you can't seem to find out what triggered the tantrum. But no matter what happens, don't shout back at your screaming kid. It won't get you anywhere. If you really need to shout to let your frustration out, go to your room, and let the steam off with the help of a pillow.

After number five, this is what you need to keep in mind: speak softly and calmly. You will do yourself and your child a favor when you do. What the two of you need is a quiet and relaxed environment and shouting won't help you achieve that.

This works all the time with my nieces and nephews. Sometimes, the kid only needs to feel that everything is alright and nobody is going to hurt him/her. Shower the child with positive praises, kisses, and hugs.

How do you deal with your child's tantrums? Do you have any special tricks to share with other parents?