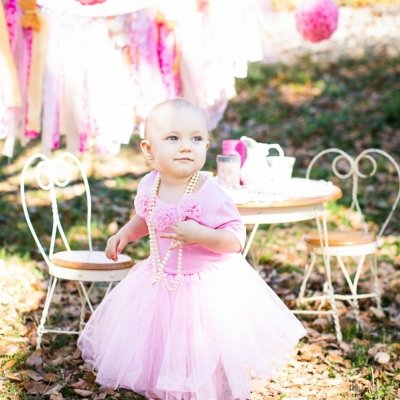 1. Toys That Are Too Suggestive

Remember the uproar over Bratz Dolls, and worse, their baby-counterparts, all of whom wore short-short skirts and loads of eye makeup? Moms were outraged, calling them "hooker dolls" and boycotting the brand. The issue? They seemed to sexualize children, and toys like this are clearly sending the wrong message, and way too early at that. That's why these sorts of dolls are landing them at the tip-top of my list of toys you should not buy your daughter.

Your little girls would probably enjoy a tiny toy vacuum or their own little feather duster, but to some parents, they help encourage what they feel are outdated gender role stereotypes. A solution? If you do buy her one of these types of toys, let her follow Daddy around, shadowing him while he tidies up.

3. Toys That Are Dangerous

Toys are recalled by their manufacturers all the time, and usually it's because they're somehow dangerous - tiny parts, lead paint, you name it. A few years back, it was Polly Pocket dolls with tiny magnets that could be swallowed and then wreak havoc on the child's digestive system. So please, before you buy, thoroughly examine the toy for potential defects or danger.

Remember the "Pole-Dancer" doll? She was meant to look like a child's toy, but was actually a prank gift meant for adults. Especially if you tend to do shopping at garage sales and swaps, be on the lookout for these gag gifts - your little girl might not think anything's amiss, but you probably don't want her playing with a pole-dancing "exotic dancer" doll.

5. Toys That Are "Girl" Versions of Boys' Toys

Some parents are livid about this - why do the LEGO brick toys have to have a "girl" version? While some girls might like playing with the LEGO Friends collection, others wonder what the big deal is about pink and purple bricks with flower and other "feminine" extra parts. This choice might be best left up to your little girl - does she want the newly-announced girl chemist LEGO set, or the Lemonade-Stand LEGO Friends set?

Some parents are okay with toys and video games that feature extreme violence and even misogyny (think the Grand Theft Auto series), but others are much less inclined to allow their little girls (and boys!) to play with them. It's always a good idea to watch movies and play video games before you let your child see them. And toy guns aren't necessarily "bad," but be sure you're careful to let your child know they're never to be pointed at another child, even in play!

Tattoos are not a taboo. Well, at least to me they're not, since I do have a few. However, crafts set and dolls like the tattoo Barbie are introducing young girls to this fad just a little too soon. I think we should give our girls time to grow up and just enjoy being young. An interest in tattoos or piercings will come with time.

Children's toys should be innocently educational with a little fun on the side, but some do have a hidden agenda. Sometimes you have to reconsider the toys you want to expose your daughter to every time you visit a toy store. With that said, are you familiar with any of these types of toys? Would you buy any of them for your daughter?