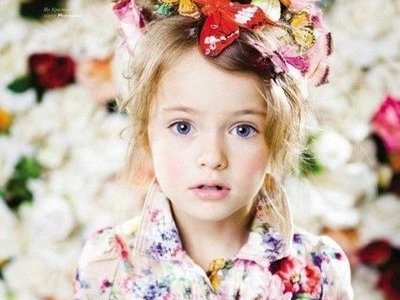 One of the signs your child may have an eating disorder is if they embark upon an intense exercise program. While everyone needs to keep fit, someone with an eating disorder may combine exercise with a restricted diet in an attempt to lose more weight. Their thinking is that they will burn up more calories. So be alert if your child suddenly goes from couch potato to gym bunny.

Someone with an eating disorder may adopt a restricted diet. This could be disguised as wanting to turn vegetarian, for example - this can be a very healthy diet, but worrying if they're using it as an excuse to cut out food groups. Also watch for them avoiding carbs, cutting out foods they've always enjoyed, or claiming that they're suddenly intolerant to certain foods.

A child with an eating disorder may try to disguise their weight loss by hiding under baggy clothes. Also watch out for an obsession with their body image beyond the usual teenage preoccupation. Are they constantly looking in mirrors, but never happy with their appearance? Do they compare themselves unfavorably to celebrities and other people?

If you're concerned about your child, check their Internet history. Searching for pages on weight loss and dieting tips could indicate that they are developing a problem. If they are looking at "pro-anorexia" or "thinspiration" sites, that's a real red flag. These disturbing sites act as a cheerleader for extreme weight loss. If you're a teen, leave these sites alone. They are wrong. If you listen to nothing else I write, trust me on this.

Teens with an eating disorder often find excuses to miss meals. They will claim to have eaten at a friend's house, or tell you that they're not hungry and will grab something later. Or they may make a meal for others but eat very little themselves, claiming that they picked at the food while eating. They may also try to avoid eating in front of other people, as any signs of their disinterest in food or strange eating habits will be picked up.

Teens often seem constantly hungry, especially boys, and can seem to be forever rummaging in the cupboard and fridge. But it can go to extremes - remember that eating disorders also include binging. Be alert if food is continually disappearing from the cupboard, or you are finding evidence that they are eating in private, such as lots of wrappers in their bin.

A child with an eating disorder may show signs of becoming or being obsessed with food and losing weight. They may insist that they're fat, or constantly check their weight and measurements. They can also be fixated on exercising no matter what; if they can't go to the gym or for a run they become upset.

None of these are definite proof that your child has an eating disorder, and this is certainly not a conclusive list, but if you spot any of them then it's wise to be vigilant. See a doctor for advice if you're worried. Remember that both boys and girls can develop eating disorders, so don't assume that your son can't have a problem because he's a boy. What worries you most as a parent?