8 Wrong Reasons to Have Children ... 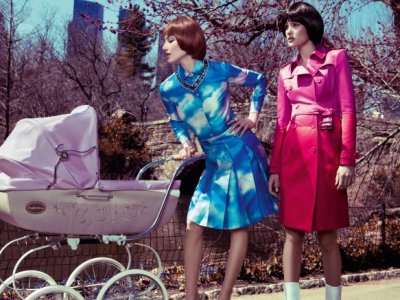 One of the wrong reasons to have children can be to keep your own parents happy. Would-be grandparents can drive you mad, with their endless questions about when you're going to start a family, and complaining that their friends have lots of grandkids. Don't let them influence you!

Your partner may be more keen than you to have children, and try to encourage you to see their point of view. Or you may be the one who is more enthusiastic. If one of you is ambivalent about children, or disinterested altogether, don't try to persuade them. And never be tempted to have an "accident"! A child should be wanted by both parents.

We've all heard about the biological clock, but sometimes women feel that they should start a family because time is running out. This isn't necessarily a good reason to conceive; if you're not 100% committed to having a child, then it could be a bad idea for everyone.

Children can also be created in an attempt to avoid loneliness. Remember, though, that they will grow up and won't be with you forever. They may even move a long distance away. Your children will have to live their own lives as adults, and should not be used to try to fill an emptiness in your life.

In some cultures it's the norm to look after your parents when they get old. In our culture I think it's unfair to have kids assuming that they'll be your carers one day. They need to live their own lives. So don't let this be a factor in your decision to start a family.

Considering that parenthood is enormously demanding and stressful on a relationship, how can anyone think that having a baby will save a failing relationship? It never works. Don't deliberately bring a baby into your relationship if things are not going well - it'll simply hasten the end.

7 Someone to Love You

Some women, especially when younger, want a baby to fill an emotional void. They think that their child will be someone who will love them unconditionally. This may be true when the child is young, but there's no guarantee that there will always be a close relationship between you. Don't have a child to cure your loneliness.

8 To Get Him to Commit

Are you tired of waiting for your partner to commit to you? Here's another wrong reason to get pregnant. If your partner isn't showing any signs of wanting to commit, then parenthood won't magically have that effect. It's far more likely to make him run a mile, so either work it out with him or end it so that you can find someone who does want children.

Deciding on the issue of whether to have kids or not is often a difficult one, and will affect your life completely. Fortunately there is less pressure on women by society these days; being childfree is not considered as strange as it once was. Have kids because you want them and will love them, not because someone else thinks it is a good idea. Have you been pressured by anyone to start a family?