7 Ways to Deal with Sibling Rivalry between Your Children ... 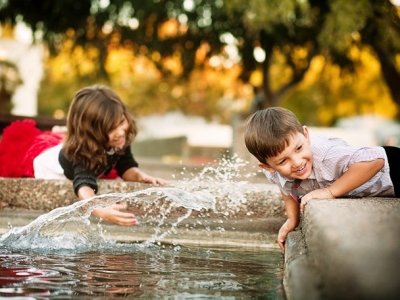 1 Accept It is Going to Happen

You are much better off if you just accept that sibling rivalry is going to happen between your children. It is a natural part of being siblings and most of us can look back and see that there was sibling rivalry between us and our siblings. It is a timeless parenting issue. Thankfully there are ways to deal with sibling rivalry and one of the best is to just accept that it is going to happen. Don’t waste too much time thinking how you can make it stop or go away; instead focus on how you can best deal with it.

2 Teach Them to Be Friends

You cannot force your children to get along but you can try to. Start when they are at a young age and tell them that they are each other’s friends. Although my children fought like any other children, I do feel this message got through to them in time. Now that they are in their teens, they are close and care very much for one another. If you teach them they are friends, they are going to believe you and act like they are friends. It just may take a bit of time to see this one come to pass.

3 Let Them Work It out

My husband is the one that always proposed this strategy and I will be the first to say I was not very good at it. But it really does work. If you will just give your kids a bit of time and stand back, you may find that they can work their sibling rivalry out for themselves. I learned that if I will just be close by if I am needed, a lot of times they can sort out whatever issues they are fussing over. Of course, you want to be willing to step in if you are needed.

There were a few times I was just at my wit’s end with my children’s sibling rivalry. When that happened, I just got silly with them. I would suggest something entirely silly to make them work it out. Once I told them they had to sit on a rug until they could sing a song about why they were arguing. Another time I had them write a poem about how to work out their argument. Although both were unconventional ideas, they actually worked.

This is the strategy I found that I used most often to help deal with their sibling rivalry. They could not argue if they were in two separate rooms. When an argument broke out and nothing else worked, I simply found them a different area to be in, away from each other. I tried not to use this one too often, but there were times it was simply the best way to deal with the situation. It was also very simple to do.

6 Look for the Real Issue

Many times, there were underlying issues that caused the sibling rivalry. The kids may have been hungry, tired or not feeling well. When this was the situation, I dealt with whatever was making them not act like themselves. Many times a snack, a nap or some time would help them feel better. Then the sibling rivalry would become a nonissue.

Unfortunately, fellow mothers, there are just times we have to get in the trenches of sibling rivalry with our children. When this happens and we must jump in, it is best to take the tactic of coaching them through it. This is a better option than dictating what they must do, which will not help them learn to work out their differences. Trying to help them meet in the middle is a good goal. The more you do this, the closer they will become to being able to do it themselves.

Sibling rivalry can be challenging but these tips can help you manage it. What are your tips for managing sibling rivalry in your home? We can all help each other out.