7 Subtle Ways to Say No when Your Child Wants a Pet ...

It's hard to say no when your child wants a pet, and they keep begging you to let them have a puppy or kitten. But pets are a huge responsibility, and you shouldn't let your kids have one just because they keep pestering you. If you don't have the time, money or inclination to deal with a pet, you should say no. Here's how to respond when your child wants a pet and you don't …

One way of responding when your child wants a pet and you don't, is to offer them an alternative treat as a distraction. It won't work if you offer them a choice, as they might opt for the pet. But if you say they can have a gift or trip out instead of having a pet, they might enjoy the alternative so much that they forget about the pet. Just be careful that it's not a bribe, though.

Children (and some adults) tend to have a rather rose-tinted view of a pet being all fun and no hassle, if they haven't dealt with the realities of pet ownership before. You may be able to cure them of their puppy obsession by borrowing a pet from someone else; after dealing with the mess and effort, they might quickly lose interest. You could also foster as a way of showing them the commitment involved. 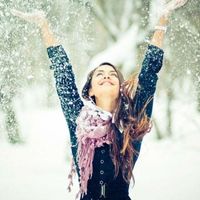 7 Ways to Motivate Yourself during Winter ... 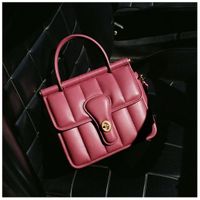 How to spot fake coach purse

If your kids are old enough, send them along to the local animal shelter as a volunteer. Tell them that you'll discuss the issue again after 1 or 2 months of commitment from them. A few weeks of cleaning out pens and walking dogs in all weathers should make them realise that pet ownership isn't all fun and play.

Younger children may be distracted by offering them a toy alternative such as a stuffed toy or a robotic dog. This will give them the fun of having a 'pet' without giving you the responsibilities.

5 Talk about the Implications

Children may insist that they understand all the implications of owning a pet, but they almost certainly don't. Sit down with them and draw up a list of all the responsibilities and costs involved. List everything from food and toys to pet insurance. If they're older, talk about what would happen when they go to college - they won't be able to take the pet with them, and will probably be more interested in their social life anyway.

Also talk about the practical issues. If both parents work full time, it is irresponsible to leave a dog at home on its own all day. Animals need to be cleaned, fed, walked, groomed and have company.

You're the parent, and your kids have to learn that they can't have everything they want. They may sulk, and think you're unfair, but when they're grown up and living in their own place they can do what they want. Until then, you are in charge.

Pets can be wonderful, but kids often lose interest once they realize how much work is involved. So if you are against having a pet, or a particular animal, stick to your decision. Don't cave in if you're really not keen on the idea of having a pet. You'll be the one who ends up looking after the animal, and resenting it. Try to find some other way in which your kids can have contact with animals. Were you allowed pets as a child?

What foods can you find vitamin a in ...
How to dress down a blazer ...
What is glucose in blood test ...
Why does my friend compete with me ...
What happens if you eat gone off yogurt ...
Tv shows with hot actors ...
How to make out in car ...
This strengthening exercise helps burn fat to the stomach area. ...
Things to eat when sugar is low ...
How to control blood glucose levels ...