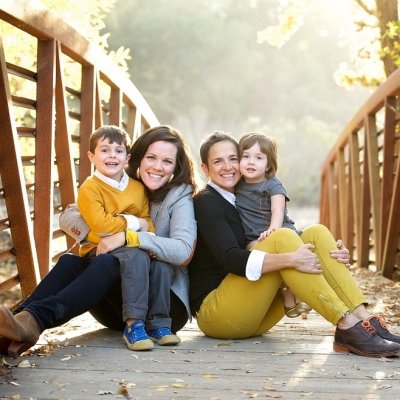 One of the ways to know when your family is complete is if your partner is adamant that they don't want any more children. It's never a good idea to think that you can change their mind; that wouldn't be fair on them, or on any child that they're pushed into having. As much as you may want another child, they can't have one just to please you.

People often think that if you've had one child, you should have another, so that they have a sibling. But you may feel that you just wanted one child and no more. That's fair enough; you're not obliged to have more than one child because someone else thinks it's the right thing to do.

It's sad when finances get in the way of enlarging your family, but if you can't afford another child then the responsible thing to do is not to have more. Everything is expensive these days, especially childcare, and if the numbers just don't add up then that's the sad truth.

Does anyone in your family have health issues? This may also influence your decision as to whether to have more. If one of your other children needs a lot of attention, or you have medical problems of your own, adding to your family may be too stressful and unfair on the others.

Some parents feel that there's something missing; it doesn't mean that the kids that they already have aren't 'enough,' just that they feel they need an addition to the family. If you don't have a sense that something's missing, or that you might want another one in the future, it could be a sign that your family is now complete.

6. You're Done with the Baby Stage

Babies are delightful - most of the time, anyway! But when you have a young baby, they can be pretty stressful. So you may like the idea of having another child, but feel that you don’t want to go through the baby stage again. This may indicate that your family is now complete.

Finally, do you have space for another child? Like money, it's a shame if this has to limit your family when you'd like more children, but it's a reality. If you don't have enough bedrooms and can't afford a larger house, it may be time to call it a day, as much as you'd like more kids.

Some people just know when their family is complete, and some have to make some tough decisions. Maybe you'd like more in theory, but not in practice. And you may desperately want more but just can't afford it. Hopefully you will have as many as you want! And there's always grandchildren to look forward to. How many children would you like?