7 Things to Expect when Youre Pregnant with Twins ... 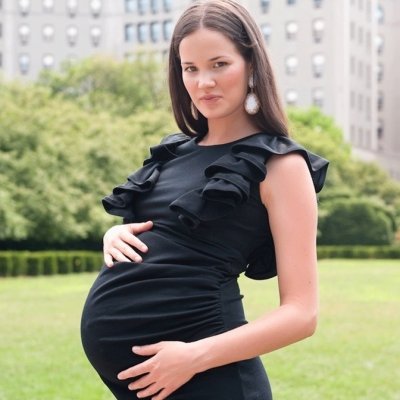 My doctor warned me about this when we learned that we were pregnant with twins. She said that the level of the hormone called human chorionic gonadotropin is way higher in twin pregnancies than singletons, so I should expect a lot of vomiting and nausea, especially in the first trimester. I was working full-time while pregnant and it was just so difficult to prevent myself from throwing up while interviewing someone.

I was on my 28th week when my OB/GYN said that she would be doing more scans of the twins because she needed to monitor the twins’ growth. It was there that we found out about the size/weight difference of the babies known as twin growth discordance. I cried when I learned about it but the doctor told me to stay calm, pray, and eat healthy. Our regular monitoring was a pain on my back, my belly, and our wallets but it was all worth it! The twins’ birth weights when they were finally born were 6.4 lbs and 5.6 lbs. Nicholas was heavier than Antoinette.

3 Higher Chances of Getting Gestational Diabetes

I was one active preggy when I had the twins but I also ate a lot of sweets (cakes, pastries, fruits, donuts, everything that I saw). My sugar levels went up so my OB/GYN had to refer me to a diabetologist who also helped me out with my diet. Eating crackers for snacks was no fun!

A lot of times in my pregnancy, I felt very anti-social. I really got tired answering questions from people who got super excited when they learned that I was pregnant with a boy and a girl. I felt like I should just play a recording of my answers when the same questions were asked over and over again. Being pregnant with two is something that almost everybody gets excited about, so I would just go about the drill of answering questions and hoped that the doctor’s secretary would call my name immediately.

I didn't like the thought of an early delivery but my doctor told me to expect it. Thankfully, the pregnancy stretched out to about 36 weeks (which doctors call late pre-term), just one week shy of reaching full term. We were released from the hospital four days after I gave birth.

My doctor and I were both set to have a normal delivery. She told me to continue my walking exercise and my healthy diet. On the 36th week, I was bleeding and was hospitalized but was released after a day. But the following day, I couldn't feel any movement in my belly. I felt uneasy about it so I went to the clinic for an ultrasound scan. The doctor saw that Nick’s umbilical cord was wrapped around his neck and his heart rate was dropping. She had to do an emergency C-section.

This is pretty obvious because you are eating for three (including yourself!). I cannot remember a time that I wasn't eating while pregnant with my mutants. Remember to eat healthy and exercise regularly. It really helps!

Anyone out there who is pregnant with twins? How are you doing?