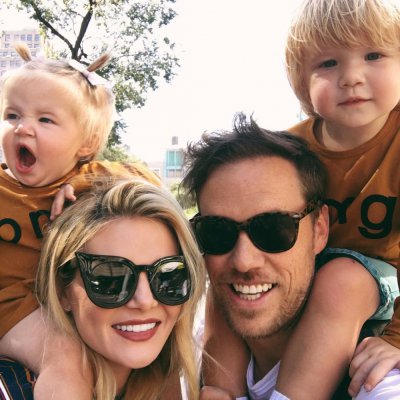 When you really like and love a guy, chances are you've already started picturing out scenarios of this charming boyfriend becoming an amazing father in your future life together. But what are the telltale signs that he can be a doting Dad in the next level of your relationship? We put together this list for you to find out:

1. He Bonds with Your Nephews and Nieces

It's your nephew's third birthday party and he doesn't have any problem rolling and tumbling on the ground with children. He serves as their personal clown and they love him! He's a child magnet because he's kind, fun, and silly with unlimited energy for answering questions such as, "Is it fun to pick your nose during dinner time?"

You need to drop by the toy store after your weekly date to pick up a gift for your best friend's son, who just completed kindergarten. He accompanies you to the store and spends more time looking at the toy trucks and the cool action figures than you do. You have the toy packed and he writes this dedication: "To Michael: Congratulations kiddo! Love: Cris and Jeff."

And he doesn't just tolerate them, he actually enjoys them! We're not just talking about the superhero series (e.g. X-Men, Avengers, Justice League), we're talking some Disney classics like The Lion King, The Fox and the Hound, and Tarzan too!

The thing about dishwashing is that nobody notices the work that needs to be done unless the sink is screaming bloody murder! If you have a guy who can wash dishes, there is a great possibility that he can bathe a baby and change diapers too. These are domestic chores that are not and should not be relegated to the mother alone. The next time he comes over, check if he tries to wash dishes after dinner. If he does, you have a keeper! If not, maybe you can ask him so that you can check if the soap suds are properly rinsed out? Ask nicely...

5. He Loves His Dogs

If he is kind and caring to animals, there's no reason he won't be soft-hearted and nice to a small person. Agree or disagree?

6. He Can Sing Nursery Rhymes

It's sort of silly and yet adorable to think that your boyfriend, who plays video games and basketball, can actually sing "Baa Baa Black Sheep" and "Mary Had a Little Lamb." But if you find him in the company of children, singing along to happy tunes, you have yourself a potential doting father. If he doesn't, don't worry. Nursery rhymes are pretty much about rhyme and rhythm so they're not hard to learn.

7. He Talks about Children

Ladies, a gentle heads up: Be on the lookout for conversations where he talks about children. Does he sound interested in living in a house with children? Or is he just the two-hour playmate type and retreats back to his bachelor's pad afterward? As with any other things, utilize your woman's instinct and listen. Really listen.

These seven things are not the complete absolute to conclude that you boyfriend will become the world's most amazing father. But these sure are signs to take note of if you're thinking about settling down with that love your life. Anything more you want to add to this list?