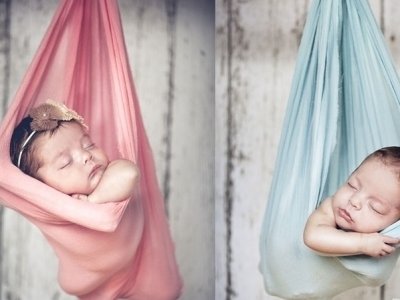 Everywhere I go, people share their thoughts on why it’s cool to have twins. That comes after they seemy children – Nicholas and Antoinette – and I answer "Yes!" to their one-word question: "Twins?" Here are my own reasons why it's cool to have twins might be the absolute best thing that can ever happen to a woman.

Why it’s cool to have twins? Enough said… that’s the top answer! When the doctor told us we were having twins, I grinned from ear to ear as tears streamed down my face. I've always wanted twins. It was my first pregnancy and already, I had two in my belly. To know that a woman’s body has the capacity to nurture a living thing is the greatest miracle of life. In my case, I had two lives inside me. If that isn’t cool, then I don’t know what else is.

Linguists call it idioglossia - a language created and shared between twins – which is downright fascinating and intriguing. I call it GGL or the "giggly, gurgly lingo" that Nick and Toni have been speaking since they were three months old. Our twins are turning nine months old this month and their secret language is stepping up a notch every single day. They're always giggling and drooling while engaging in gibberish conversation only they can understand.

In between the daily work that includes feeding (milk and baby food) and changing (clothes and diapers), I find comfort in seeing the two of them together – playing, most of the time. I am happy that they have each other to turn to even when they occasionally whack each other in the face or perform crazy antics to catch my attention.

It happens in every place we visit. There are times when we meet a person who looks grouchy and unhappy with her life. Then, she takes a second look at the two strollers carrying two babies, and there! She has a smile! The admiring smile is replicated in planes, airports, department stores, restaurants, parking lots and hotels… to name a few.

5. Twice as Much to Love

Right after the twins were born, they seemed like little aliens to me, then hours later, I had that warm, fuzzy feeling in my heart. It was a good feeling, the best. I never thought I could love another creature that much. And it’s times two for me. While I have bad days, I am generally thankful and blessed for the opportunity to be a mother to twins.

This is aesthetic and some parents of twins told me to avoid, to help the twins arrive at their own individuality. But because we have a boy and a girl, it’s really not hard to give Nick and Toni that individuality they try so hard to emphasize. I love dressing up the twins in the same color but different designs. I once arranged for a photo shoot where the color they wore was green and it was the cutest thing in the world. One of the coolest things about having twins – especially when they are infants or toddlers – is getting them outfits which they cannot refuse to wear. Okay, okay… I may sound authoritative and selfish here but hey, I am the Mom and I only get a few years to decide for them so I what better way to do it than… matching outfits.

I am proud to be a mother of twins. It is not easy, but it certainly is very rewarding. When people know I have twins or see me with my twins, they immediately say, "Wow! That's great!" There are women who would tell me that they've always wanted to have twins, and being a mother to Nick and Toni puts me in that elite circle of Moms of "multiples" that not many can actually be part of.

Life is not a bed of roses and that holds true in having twins. In fact, I should be writing a follow-up post on the "seven stressful situations when you have twins" after this one. The rumors are true; it can be very taxing to have twins. But if you count your blessings more than your worries, you'll realize that you are one gifted human showered with life’s greatest miracle. And oh, raise that to the power of two. Any thoughts about having twins?