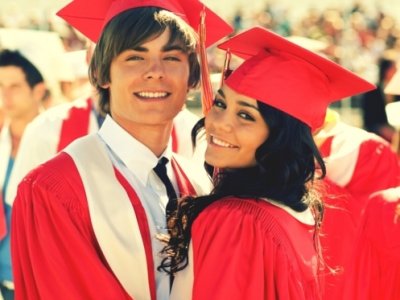 While the reasons kids shouldn't date until they're 16 may not make you the most popular person in the house, they are valid for many families. The trend these days is to grow up sooner, faster, younger. These reasons kids shouldn't date until they're 16 flies in the face of this concept. Embracing the teen years as being a time of healthy selfishness can contradict teens' peer pressure to date and focus on another early on. Why not encourage your child to think of themselves first, and others later in this sense?

How many times as parents, does it feel like kids only think of themselves? Ironically, when they date, they are thinking of someone else on the planet more than they are of themselves. While in a global sense, thinking of others is to be encouraged, in a personal sense their own needs and wants at this stage of their life should be more important than their date's. Isn't it more important what your daughter wants to wear than what she thinks her boyfriend will like her to wear? Isn't it more important that your daughter does well in school instead of worrying that the boy she likes considers her to be a brainiac in a negative sense (is there one?)? Allowing your child to have the formative years of their teenage life to think about who they are and what they want is one of the best reasons kids shouldn't date until their 16.

There are few years after a child becomes a teenager that you will have their undivided attention. Game nights, family vacations, and family dinners seem to become in direct competition with school events, and friends. Take this time before they are 16 to truly impart your family's motto on them. This is a time in their life when they are old enough to understand what is important to you and your family, and still young enough to become part of it. Taking these early teenage years to help them understand the importance of family is a gift which will last a lifetime.

Peer pressure takes on a new meaning when a child reaches their teenage years. Giving a child time to embrace and develop who they are before coming face to face with the anvil called Peer Pressure makes the decisions easier by the time they begin to date.

The pressure for an invitation to a good college or university has never been more than it is these days. Students are taking college level courses right out of the high school starting gates! By the time they are 16, many have decided on their college of choice, and their degree. Deciding whether this is a positive or not is another discussion. For now, the first few years of high school should be focused on your child's grades. Dating is for years to come, but high school only has a four year window!

Many friendships are formed before kindergarten. Some of these friendships can last all the way to high school and beyond. This kind of devotion and loyalty takes many years, fights, fun, and time to create. Before your child's focus gets set on dating, why not make sure she has the tools for lifelong friendships? After all, aren't some of the best relationships formed from friendships? Learning the keys to being and choosing wonderful friends will help her choose better partners.

Why is it that when teenagers are dating, they tend to close off parts of who they are? Fear of being charged or labeled can make a teenager not express who they truly are. The secret adults know is that people tend to concentrate on themselves more than they do anyone else. Falling down the front stairs at school today will be forgotten tomorrow when someone's lunch tray gets spilled. Either way, these are incidents that happen to everyone, and should never impede a child's sense of themselves. Yes, easier said than done for the parents! Before a child starts dating, celebrate and embrace your child's creativity. Whether it is through cooking, drawing, music, or writing, helping a child to have a better full sense of who they are will help them to choose dates that accept them for who they are too.

7. The Timeline of Life

For children, rushing into the unknown is as exciting as hopping on a roller coaster. Meanwhile, the beauty of the moment is flying by in their peripheral vision. Children and teenagers deserve to have these times of their life which can never be brought back. There is a lifetime to be had of being adults. Why not show them the beauty in being exactly who they are in the here and now? It's important for them to know that life can always have times of joy, beauty, and excitement. But just like their favorite piece of cake, sometimes it's more fun to savor every morsel rather than wolf it down in one bite!

Helping children come to peace and understanding with not rushing into dating can be a challenge for any parent. Using some of the reasons above will help them to understand that while you see dating as a positive part of their life, it is just a part and not the whole thing. Learning who they are before they begin to date someone else is one of the most important steps of life. What is the advice you would give to a parent whose child wants to start dating?